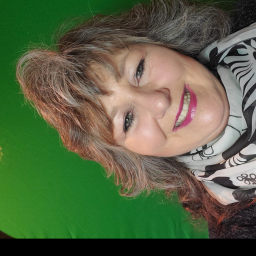 Patricia Jo Grover is the CEO of PatriciaJoGrover.com which is the complete platform she created as the parent company of “The Rise Above Show" / and Podcast. The Empowerment Network & Mastermind Group, “The Rise Above Summits”, Ultimate Achievement Books which produces the “Rise Above” Series of Anthology Books, and is the CEO, and Executive Director of  the “Rise Above Project"her non-profit. On top of that she has created a B.L.I.S.S. Retreat for Women to be able to find just that and has now been duplicated into her other B.L.I.S.S. Events…Bootcamps for Men,  Workshops for the LGBTQI Community. and B.L.I.S.S. Intensives for people on a mission. Beside the courses, events, etc. of her own, she also speaks globally at events both physically & virtually. Every aspect of each leg of PatriciaJoGrover.com was created to offer encouragement, education, and empowerment to people on their own journeys to Goal Achievement and to “Rise Above” utilizing her proprietary “Conquering Skills Education”.  All of it designed from the wisdom of the thousands of hours that she herself has put into her own personal and professional development, to work in conjunction with the system she created with her first book that she wrote as a tool to goal achievement.  Patricia is also known as The Goal Achievement Strategist, who has strategically built her platform to create achievers out of all who utilize the tools that she has created to help others from having to learn things the hard way! She has recently created a Collaborative B2B Eco Environment called “Rise Together & Level Up”.  Patricia is also a philanthropist and gives to “The Institute for the Advancement of Humanity” (a 501c3) Organization and operates her Program (“The Rise Above Project”) under it as a Non-Profit that makes a positive difference in the lives of people, specifically, women and children who have experienced domestic abuse or trauma and underprivileged people. This cause is near and dear to her heart as she is now considered to not just be a survivor herself but a thriver surviving the mentioned, by herself and many others who know her story worldwide.