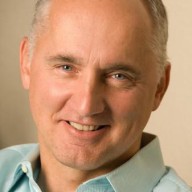 He is the host of four popular podcasts, including the critically acclaimed Consciously Speaking, Buy This – Not That!, Something to Wine About, and The PodQuest Show.

A member of the Screen Actors Guild, Michael has appeared in feature films with Mel Gibson and Kevin Costner, performed off Broadway with Andre Braugher and Kathleen Chalfant, and had recurring roles in several popular soap operas.

As the founder of The Authority Academy, Michael now trains and supports heart-centered entrepreneurs in professional speaking, virtual summits, getting published, and designing and hosting their own podcast to massively grow their business and expand their audience.