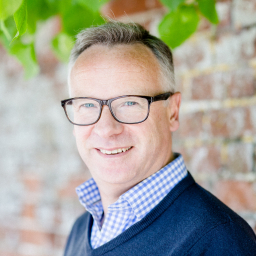 Name
David Linaker
Tagline
Funeral Celebrant & Life Change Mentor
Credentials
As well as formal university and theological college training and 25 years experience in parish ministry, David experienced bereavement at a young age and has subsequently experienced the loss of his marriage and his Christian faith. A breakdown in 2016 and the journey of rebuilding his own confidence and sense of empowerment is at the heart of his success in helping others.

Born and brought up on the Isle of Wight, David suffered early bereavement at age 4 when his mother died from Ovarian Cancer. After a disrupted upbringing, that included being badly bullied at school, he began work in retail banking at 18.

At 30 became an Anglican Priest and, after training in Oxford and obtaining a degree from Oxford University, He served in parishes in Dorset and Wiltshire becoming a senior member of the clergy and coaching and supporting others in that role. At the same time, he developed a reputation as a formidable and charismatic speaker and in the conduct of beautiful and engaging ceremonial.

In 2015, David undertook a course of study at Yad Vashem, the International Study Centre on the Holocaust in Jerusalem. This study further heightened his interest in the nature of human resilience and the character of moral decision making.

After the collapse of his marriage and the loss of his faith in 2016, David was forced to reassess and reshape his inner life and, drawing on a sound skill-base, this has proved to be a fruitful journey that is now bringing help, comfort and inspiration to others as he develops a a successful life coaching and celebrancy business from his home in Salisbury. David's principle work as a celebrant is in the field of funerals and end of life care.

David is described by others as having a calm and reassuring demeanour with a ‘twinkle’ and a lightness of touch that puts people at their ease.

His particular areas of interest are in bereavement, loss and life change, and the nature of a good life well-lived. Taking around 250 funerals a year and therefore listening to 250 eulogies a year, gives David invaluable insight into the nature of human flourishing.

David is 56 years old, now married to Jane and successfully co-parents his daughter with his former wife, Karen. He enjoys being outdoors with the two family Labradors, cycling and sailing.