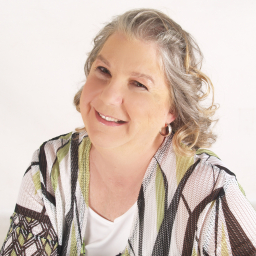 “Champion for Changed Lives,” Annamaria spends all her waking moments working hard for others who are experiencing homelessness can get back on their feet, and those who may be on the brink, never spend one day being homeless. Having been homeless twice herself, she does all that is possible for others to prosper and prevent homeless or near homeless situations. She is the founder of a for-profit business, Prosperity Pathways LLC, and the founder of a non-profit organization called Onward and Upward. In her business and organization people are guided to employment and led on a path leading to sustainable prosperity.

Annamaria is an Army veteran along with her husband both having served 26 years in a combination of Army, Army Reserve, and Army National Guard. She served as a musician and as a Career Counselor and assisted with thousands of soldiers developing flourishing and prosperous military and civilian careers.

AnnaMaria has three college degrees and soon to complete her doctorate degree from the University of Wisconsin-Whitewater.

She cannot stand to have any more military suicides; loves to go camping, boating, fishing, and doing needlework such as knitting, crocheting, cross-stitching, and latch-hooking.